I want to share a story about one of my children. He is 13 years old and homeschooled. When he was young we noticed he was different then his older siblings. We could not put our finger on it and did not know much about Autism Spectrum. We knew he was very smart, and very athletic. We could not understand how loud noisy places could cause him so much distress. For example, if we walked into the food court at the shopping mall he would cover his ears and just scream loudly. He was meticulous when it came to his matchbox cars. Each car had to be lined up in a specific order by color. If we moved one car out of place or switched a light red car with a dark red car it would also cause him distress. 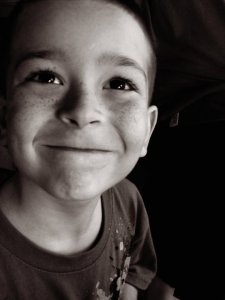 When he was 5 years old we moved to Saint Petersburg from Nashville. I decided to place him in public school. I didn’t know if I was going to be able to teach him and meet his specific needs. I wasn’t even sure if I knew what those needs were or would be.

In Kindergarten we were told they believed he had Auditory Processing Disorder, and that he was on the spectrum. They began pulling him out of class and placing him at different times of the day with special needs children in a separate classroom. I was told my son would NEVER read at grade level.

The other students ostracized him. My sweet and loving little 5 year old boy came home with black eyes more times then I can recall that year.

I pulled him out of the school system and decided to also homeschool him. I knew it would be a challenge, and trust me it is a challenge every single day. 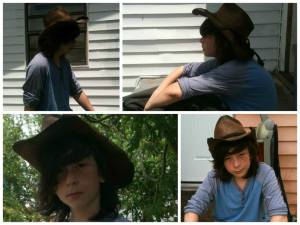 Everyone said he looked like Carl from the Walking Dead

By the end of first grade he tested at a 1.7 reading level. Just shy of reading at grade point level.

He is now in the 8th grade. He completed his CAT test last week, and scored at or above level in every single subject. In reading comprehension he placed at 11th grade 7th month.

The school system was going to throw away my child because he was different. They saw it as a disability. I refused to.

I told him he had a super power and what others called a disability was actually an ability he had that not many people have. I taught him how to deal with it and to work with it and to use it to his advantage instead of his disadvantage.

I am very proud of the young man he is becoming.  He is handsome, athletic, smart, and compassionate.

I have always asked and required my children to give of themselves and their time for others. I believe charity is important. My family is not financially well off but we have always donated our time to give back to our communities. Alexis volunteered with a local food pantry in Nashville and organized their shelves, Victoria did the same. Andrew volunteered two days a week at the same pantry, delivered food to senior citizens that could not get to the pantry to pick it up for themselves and even held a clothing drive for Clothes to Kids here in Saint Petersburg when he saw there was an immediate need. My children helped shop for and ship clothing out to One Spirit in South Dakota to make sure the organization had enough Christmas gifts for teenage and older children two years ago.

Am I bragging? I hope not. I am just proud of them all. I believe as parents we have a responsibility to teach our children how to be good, productive, compassionate, loving members of society.

This year, with Donnovan in the 8th grade he has started his project. He is collecting new pairs of socks. He originally wanted to donate it to a men’s program in Canada, but they turned him down. They suggested he send his socks to Puerto Rico or help local Hurricane Irma victims.  Which was a nice thought, but completely out of touch with the needs in Puerto Rico and Saint Petersburg. Winter socks probably would not be much help in either place. He wanted to provide homeless men up north where it is cold with socks. 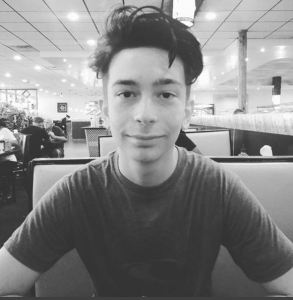 Donnovan had a goal of collecting 100 pairs of new socks by the end of October. He is almost already at that goal.

I reached out to a very good friend of mine who is Dakota and HoChunk.  I told him I had no idea how I was going to tell my son the place he planned on sending all these socks to was turning the donation away. We had never experienced that before. My friend does a lot of outreach work within the Dakota and Winnebago communities as well as throughout Indian Country. He said, he will distribute the socks for Donnovan and then challenged my son to double his goal to 200 pairs of new socks.  200 pairs??? Donnovan said, “Game on.”

Soooooo we are now shooting for 200 pairs of new men’s socks in the next two weeks. If you would like to donate to his sock drive, inbox me. I will tell you how.

He is ALSO going to be building hydroponic gardens for different shelters, food pantries, and programs here in the area. There has been many times when he has stood with me in a food pantry line in the past when times were harder. He noticed that it was always canned goods being distributed. He wants to make fresh fruit and vegetables available to those that need them most.  They will look like these in this photo.

I am proud of all my kids, but I am especially proud of Donnovan. He continues to fight and beat all odds and stereotypes daily.

2 thoughts on “Sharing a story…”